What a amazing day we had at Ironwood cancer center.

Our next event is the Glendale Women’s club on Wednesday I will be speaking at 11:30

Lookimg forward to a wonderful week 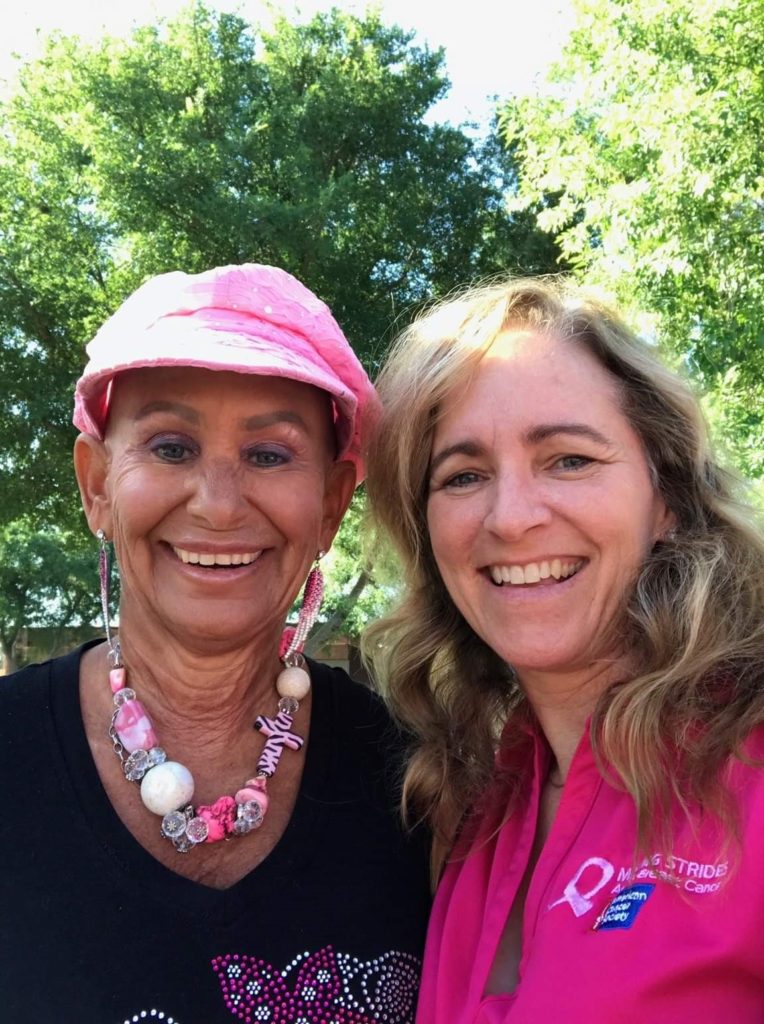 A new “smart drug” has shown promise for women with metastatic triple-negative breast cancer, based on data from a clinical trial at NewYork-Presbyterian/Columbia’s Herbert Irving Comprehensive Cancer Center and other centers. The data from the trial were published today in the New England Journal of Medicine.

“I think this drug has the potential to change practice, because the data looks so compelling, even with the relatively small number of patients in the trial,” says Kevin Kalinsky, MD, MS, assistant professor of medicine at Columbia University Vagelos College of Physicians and Surgeons, an oncologist at New York-Presbyterian/Columbia University Irving Medical Center, and the paper’s senior author.

“There’s an unmet need for patients with metastatic triple-negative breast cancer, and we see significant tumor shrinkage with this new therapy,” Kalinsky adds.

The drug, sacituzumab govitecan, is part of an emerging class of “smart drugs” designed to deliver a toxic payload directly to tumor cells. The drug is a fusion of an antibody that recognizes a protein expressed by breast cancer cells known as trop2 and the metabolite of an established chemotherapy drug (irinotecan), SN-38. The antibody delivers SN-38 directly to the cancer cell.

Kalinsky says that “with this smart drug, we can deliver a much higher dose of the payload since we’re sending it directly to the cancer cells.”

The trial tested the drug in 108 women with metastatic triple-negative breast cancer who had already been through two or more previous treatment regimens.

By the time a patient has started her third or fourth treatment regimen, the chance of a response is low. Sacituzumab govitecan, however, produced a better response rate in pre-treated patients than what has been historically seen with other standard therapies.

Overall, 33 percent of patients responded to the drug; the median duration of response was 7.7 months; and median overall survival was 13 months. [Note: The trial only tested sacituzumab govitecan; a randomized Phase II/III clinical trial comparing sacituzumab govitecan to other drugs is ongoing].

“We saw significant tumor shrinkage with the drug, and it took longer for the cancer to progress compared to other drugs commonly used to treat metastatic triple-negative breast cancer,” Kalinsky says. Nine long-term responders remained free of disease progression for over a year.

“Having smaller tumors can be incredibly meaningful to a patient’s quality of life,” Kalinsky adds. “When tumors shrink, patients are more likely to experience improvement in symptoms, like pain.”

The main side effects seen in the trial were hair loss, diarrhea, and fatigue, but only 3 percent of patients had to stop taking the drug due to adverse events.

“Importantly, the drug did not cause neuropathy, the numbness and tingling that can be quite painful and limiting for patients,” Kalinsky says. “Neuropathy can make it difficult to dress oneself, or even walk. It is promising to have an active treatment that does not have neuropathy as a side effect.”

The drug is also being tested in other types of breast cancer, bladder cancer, and prostate cancer.

“We are excited to have participated in the early development of this novel drug, which we hope will change the treatment paradigm for patients with metastatic triple-negative breast cancer,” says Gary Schwartz, MD, chief of hematology/oncology at New York-Presbyterian/Columbia University Irving Medical Center and deputy director of New York-Presbyterian/Columbia’s Herbert Irving Comprehensive Cancer Center.

The paper is titled, “Sacituzumab Govitecan-hziy for Refractory Metastatic Triple Negative Breast Cancer,” and was published online in the New England Journal of Medicine.

On Saturday March the 3rd we were one of the lucky participants in the my hope bag a event in Phoenix. It was Reba’s Vision honor to Be able to provide women Witty amazing resources that we have available thanks to other survivors. We were able to hand out for wigs and over 10 hats and beanies. It is my extreme honor to be blessed to be able to do this through our foundation. 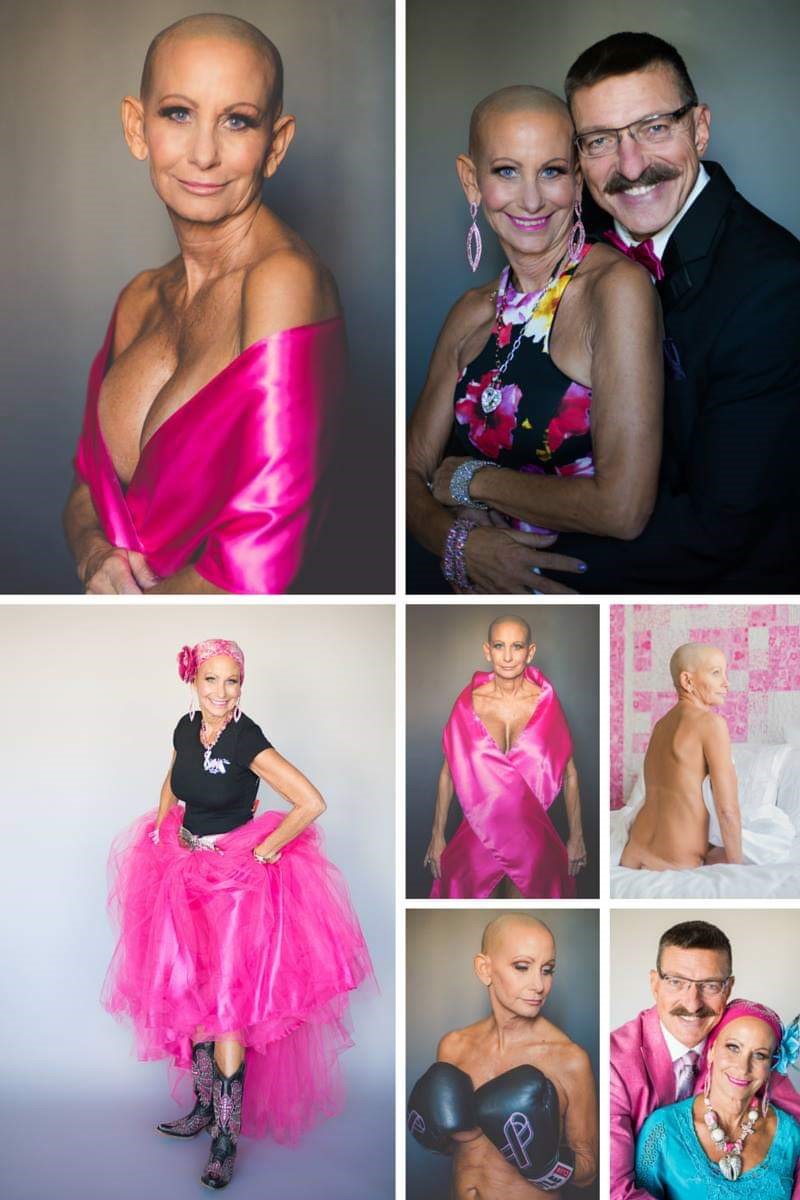 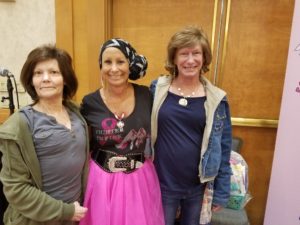 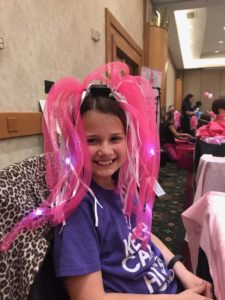 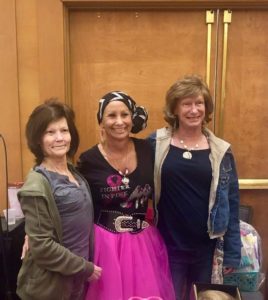 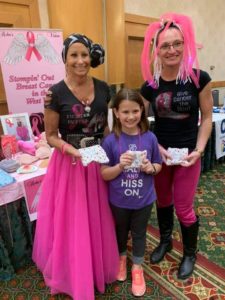 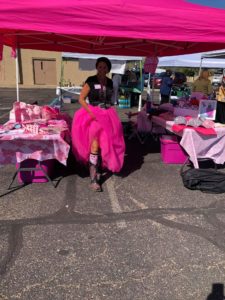 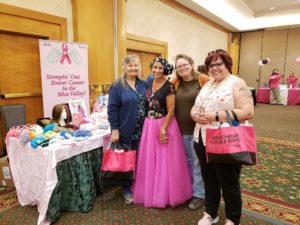 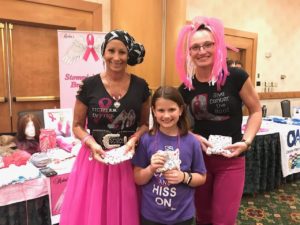 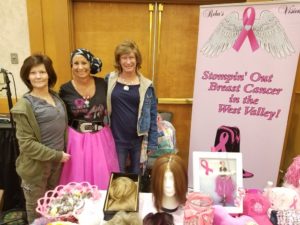 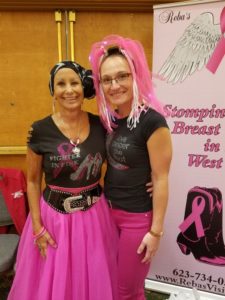 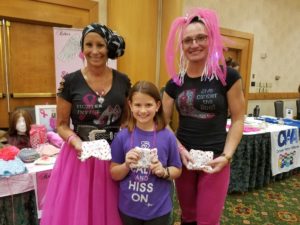 6 Women Share Why They ‘Went Flat’ After Their Mastectomies

Roughly 60 percent of women who undergo a mastectomy will opt to have reconstructive surgery to recover the familiar “look” of having breasts. However, there’s a growing movement toward going “flat” after a mastectomy.

The six women in the video below all chose to go flat after breast cancer. And, as it turns out, there might be some good reasons to join them. 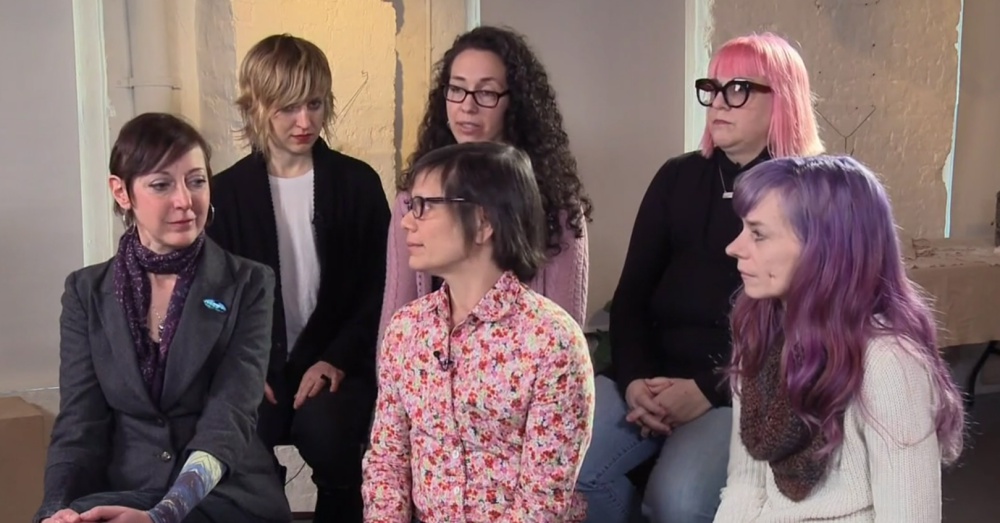 For some women, like Melanie Testa, having breast reconstruction or wearing breast forms can feel like a lie. “I just don’t want to present two bodies,” she says. “I don’t want to walk out of my home with a breasted body and then return to my home and remove my breast and then have a flat body.” 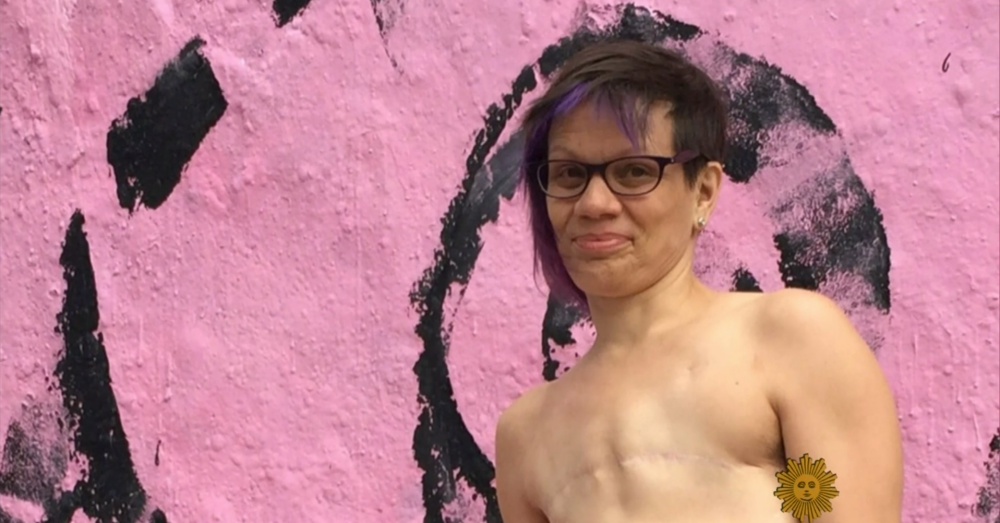 For others, breast reconstruction simply isn’t an option, or at least it isn’t nearly as simple as it sounds. Cost can be a factor, or health issues may make any additional surgeries too risky. Marianne Duquette Quoso wanted implants and got them—but after several infections, she became one of the roughly 20 percent of women whose implants cause issues for them, and she decided to have them removed. Those who have post-reconstruction issues but choose to keep their implants may have trouble sleeping on their stomachs, deal with multiple infections, or experience other complications and discomfort. 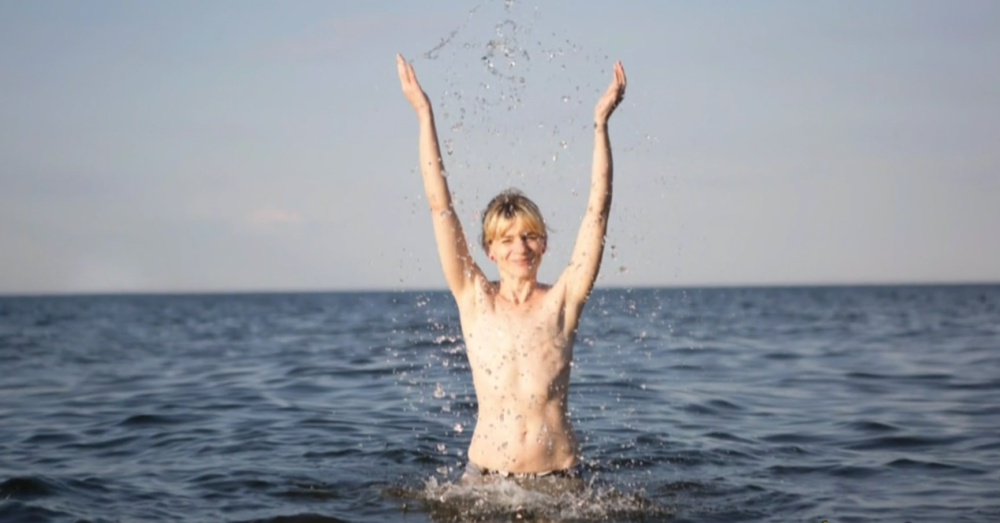 Modern breast implants are often praised for looking and feeling real, but these ladies say they don’t always feel real (or even good) from the inside. Samantha West says, “In terms of sexuality, scars are very tender things. There’s feeling in my chest, and it’s still an erogenous zone, which doesn’t happen with implants.” 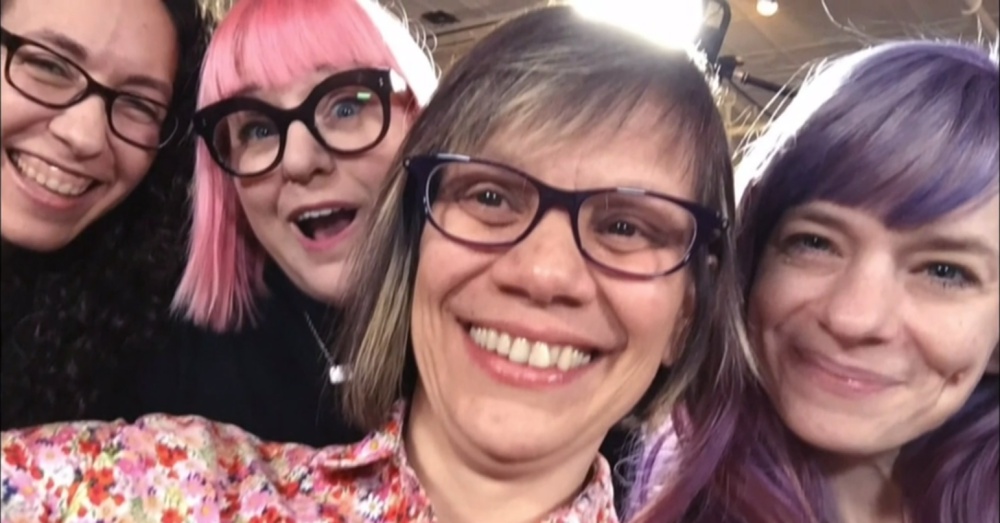 Dr. Deborah Axelrod says she believes the majority of women will still prefer reconstruction over going flat in the future. “We feel that if we’re going to take a body part off, that we should then replace it with something that looks just as good,” she says. “It’s the image of our bodies. We want to be whole.” 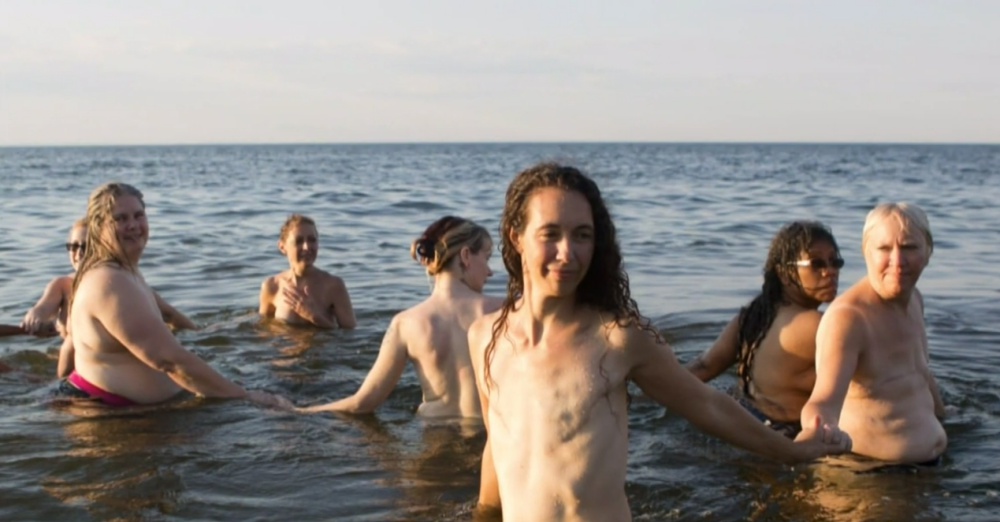 It should be each individual woman’s choice whether or not to have reconstructive surgery, but we can’t help but applaud the message the “going flat” movement sends to the world. Melanie sums it up by saying, “My body is good enough.”

Rebecca Pine adds, “Beauty is something in the mind and in the heart. We’re just as feminine, we’re just as much women as we were beforehand.”

Learn more about the brave women below and their incredible stories in the video below.

On behalf of Phoenix Fashion Week & “Don’t Be a Chump, Check for a Lump” it is our honor to invite YOU to walk the runway at our

Through your strength and courage as a breast cancer survivor, you are an inspiration to so many and we want to honor you the best way we know how…. by

CELEBRATING YOU ON THE RUNWAY!

Hosted at the beautiful Talking Stick Resort, the evening includes a runway show featuring survivors & local celebrities, a glamorous cocktail & shopping hour, exciting red-carpet experience, mingling with local tastemakers, live DJ for the ages and more. The night will also include a charitable live and silent auction, with proceeds benefiting Don’t be a Chump! Check for a Lump! http://www.checkforalump.com/

Fashionably Pink will be the opening Runway show for Phoenix Fashion Week 2018!

Please let me know at your earliest convenience if you are able to participate in Fashionably Pink and I will get in touch with you with more details! I look forward to hearing from you! 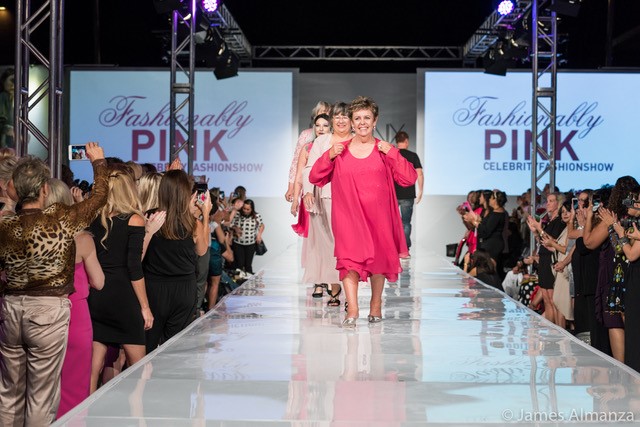 We just received this amazing shipments of hats for women and children to use while in treatment for cancer. They were Donated by the ladies from the First Baptist  Church Lander Wyoming.  Thank you so much.

Women’s Day Out Expo in Glendale

Please come out and see Reba’s Vision this Saturday at the Women’s Day Out Expo in Glendale it will be a fun-filled day with lots of prizes and goodies given away stop by and say hi and see what you can do to help stomp out breast cancer in the West Valley.  More Information 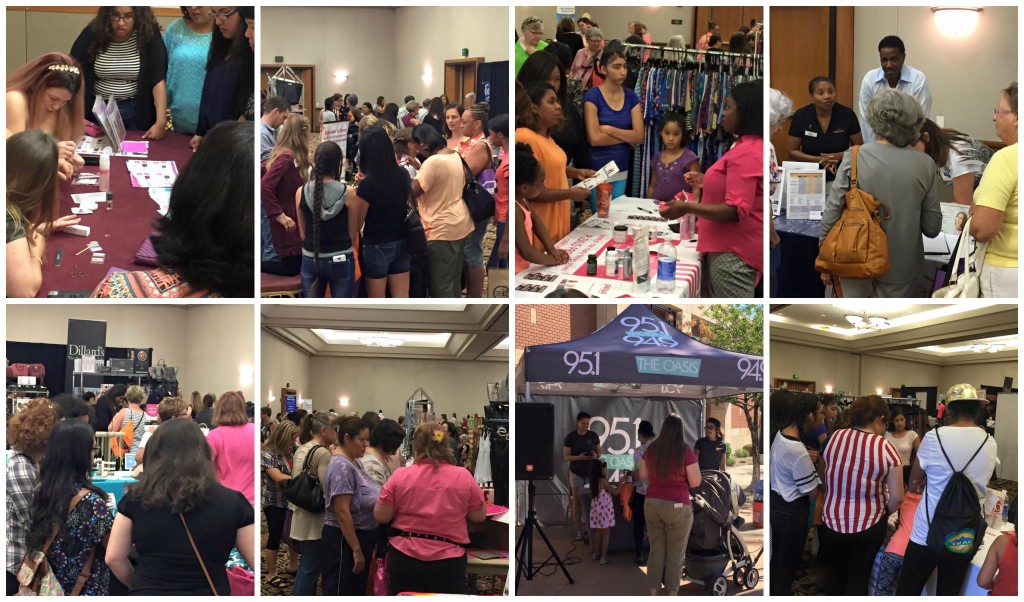 The Rotary Club of Surprise and A New Leaf will be holding a Taste of Surprise fundraising event on March 9, 2016 – More Information 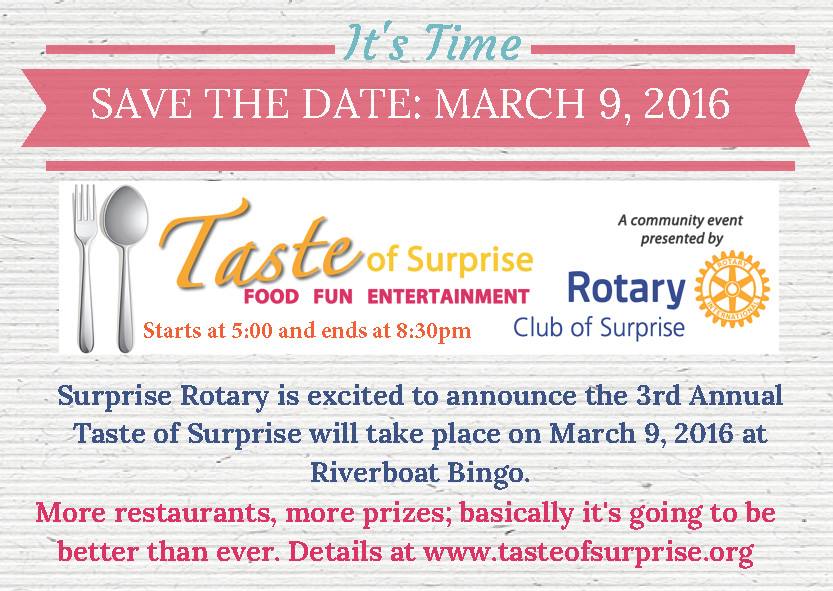 Another amazing day for the armed forces support group at Sun City Grand. Carrabba had the honor of serving the golf tournament dinner.  I met some amazing veterans today. 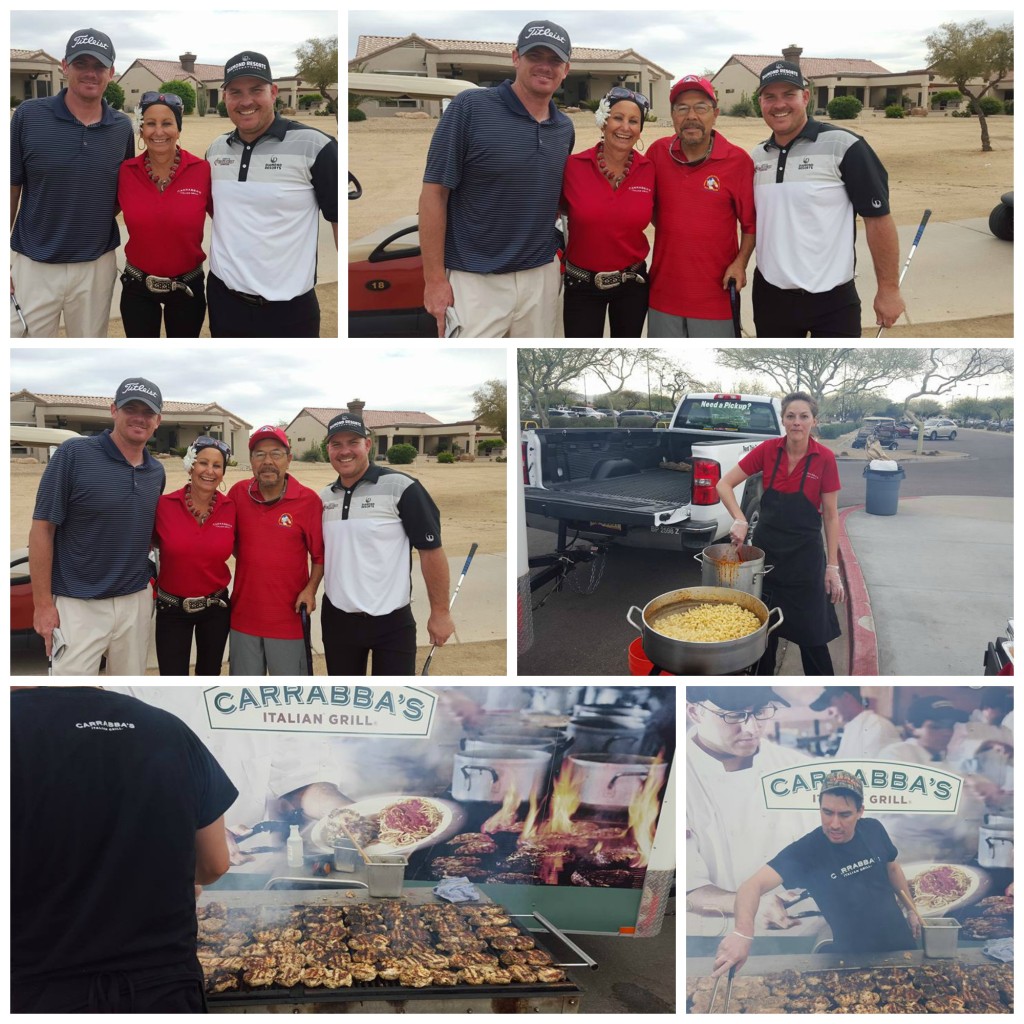 Such a hard day at work.  Carrabba will be out at the ballpark every Thursday. I’m in the home run 10 … Enjoying chicken marsala pasta with pomodoro sauce, Caesar salad and bread for only $10 extra.  Hmmmm…  Delicious. 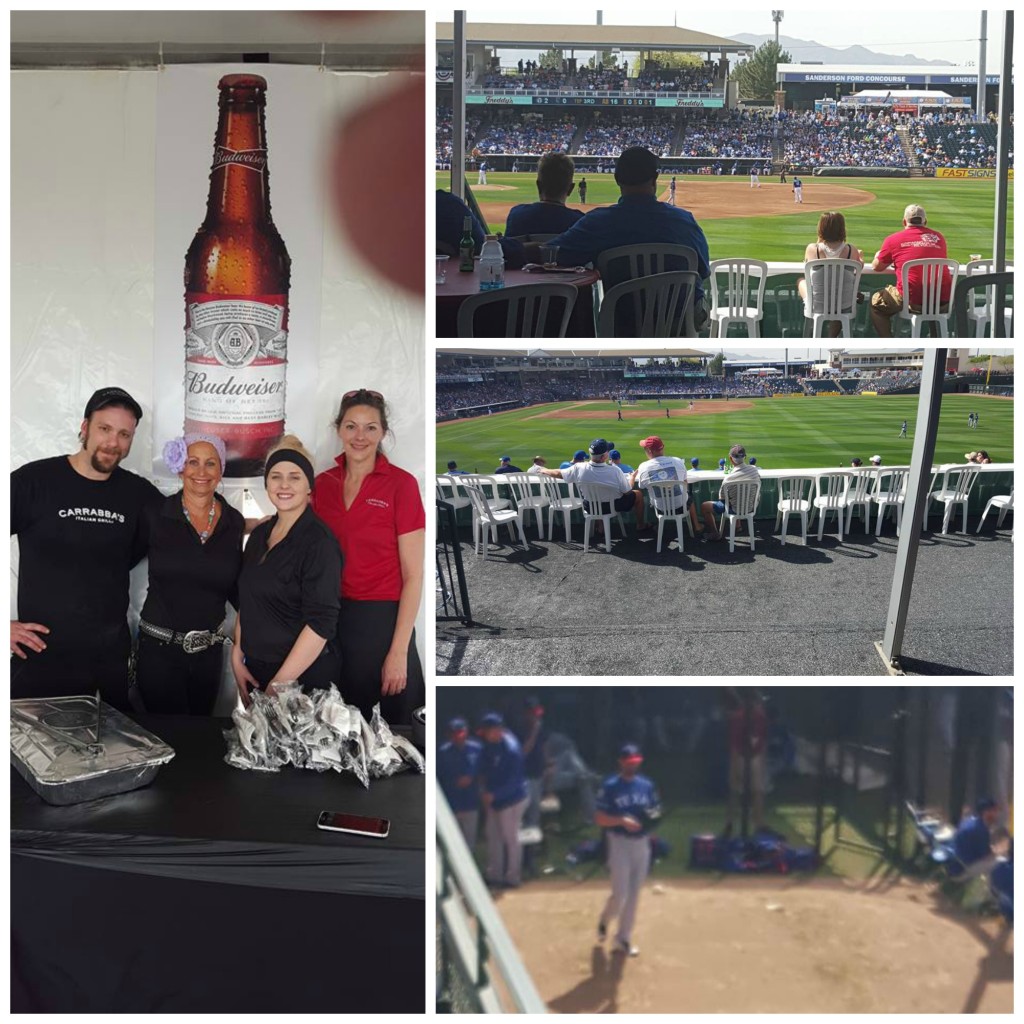 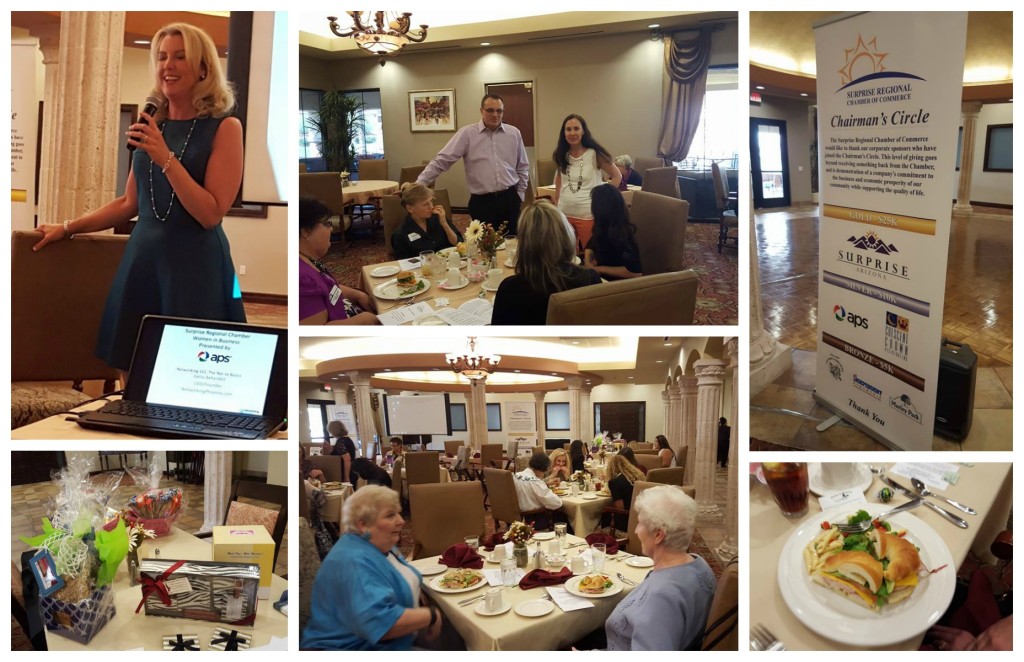 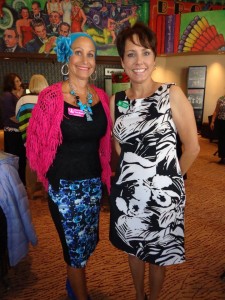 Published on Dec 6, 2015
KLM PHOTOS MAKING ME FEEL BEAUTIFUL THIS IS A PART OF MY JOURNEY 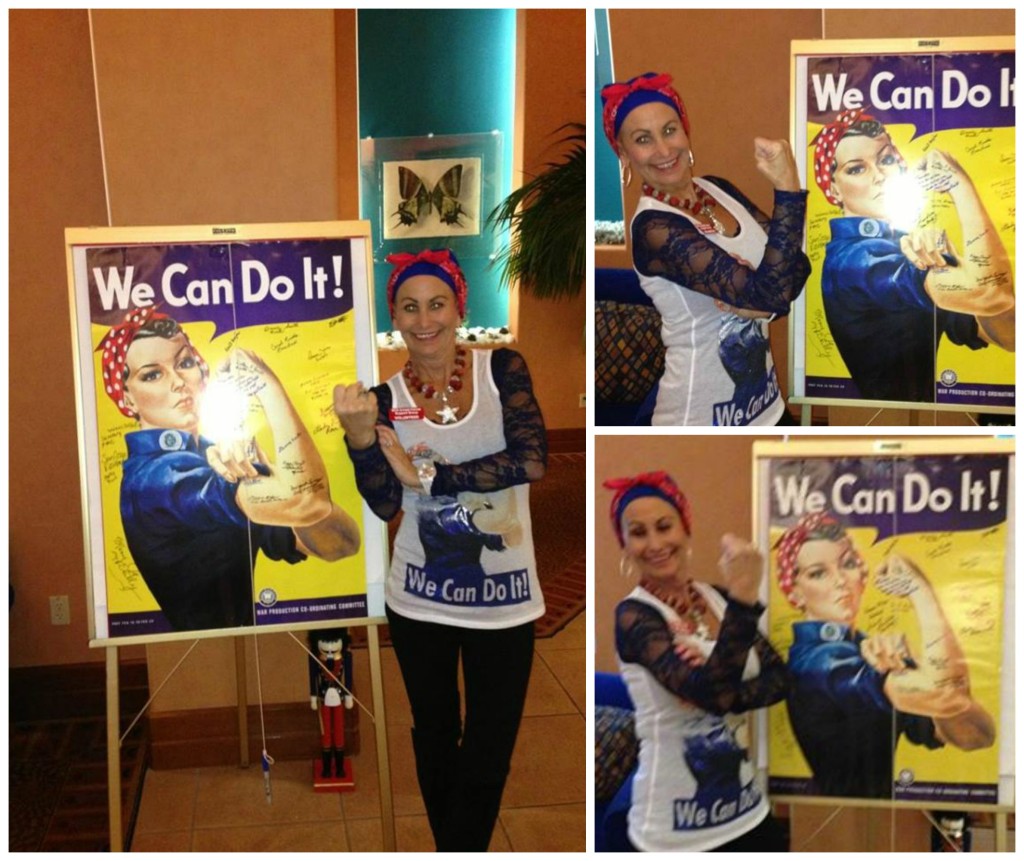 Peoria firefighters charities… what an amazing organization.  They raised over $5,000 for Reba’s vision and the basket of Hope Project.  This money will go a long ways for providing mammograms for women who do not have insurance. And part of the money will be used for the baskets of Hope Project bringing baskets of hope from the community to both women and children who are currently in treatment for cancer. I work with such an amazing community.

Thank you for all your support.  I cannot express my appreciation. Y’all are amazing!  Thank you so very much,  Reba. 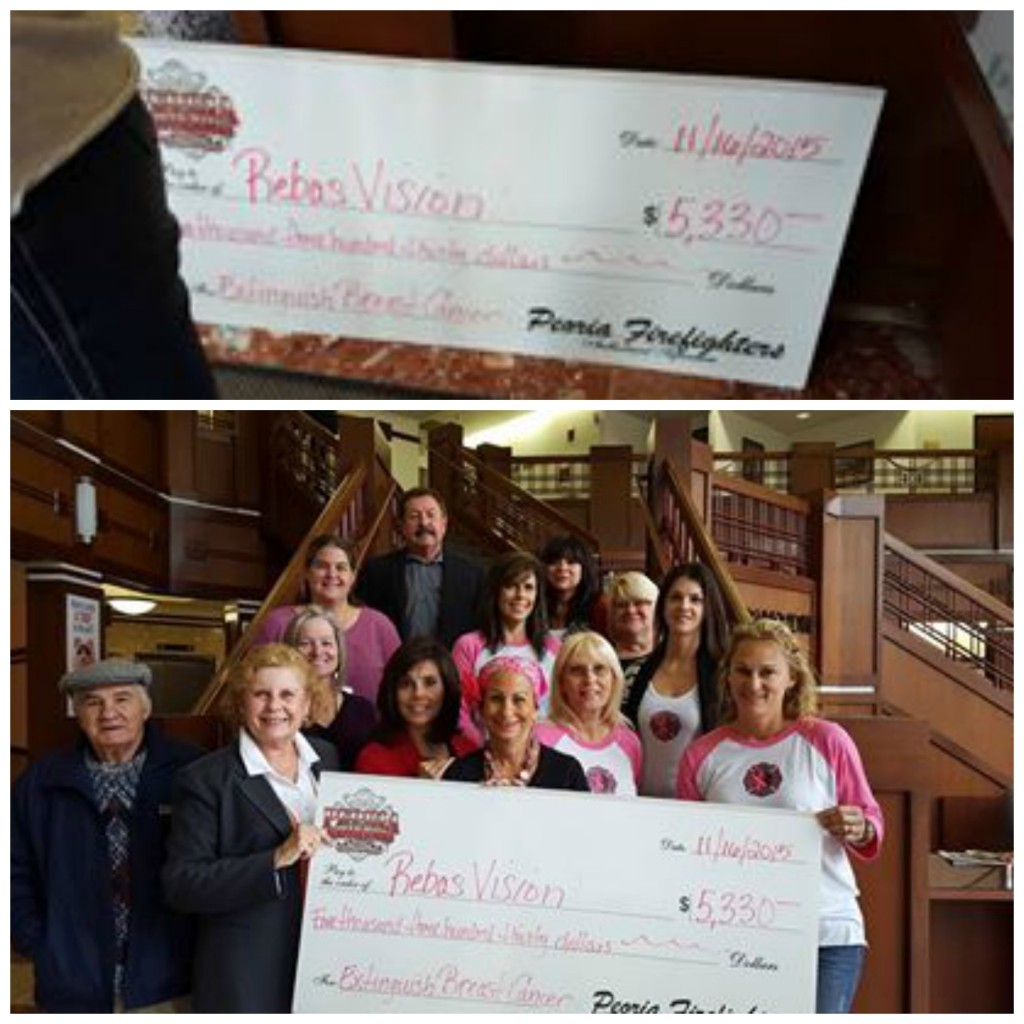 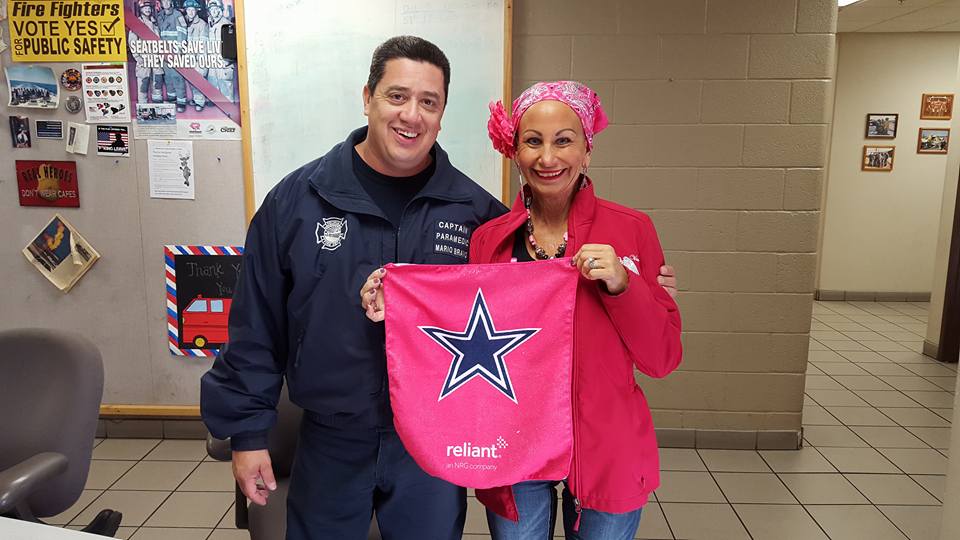 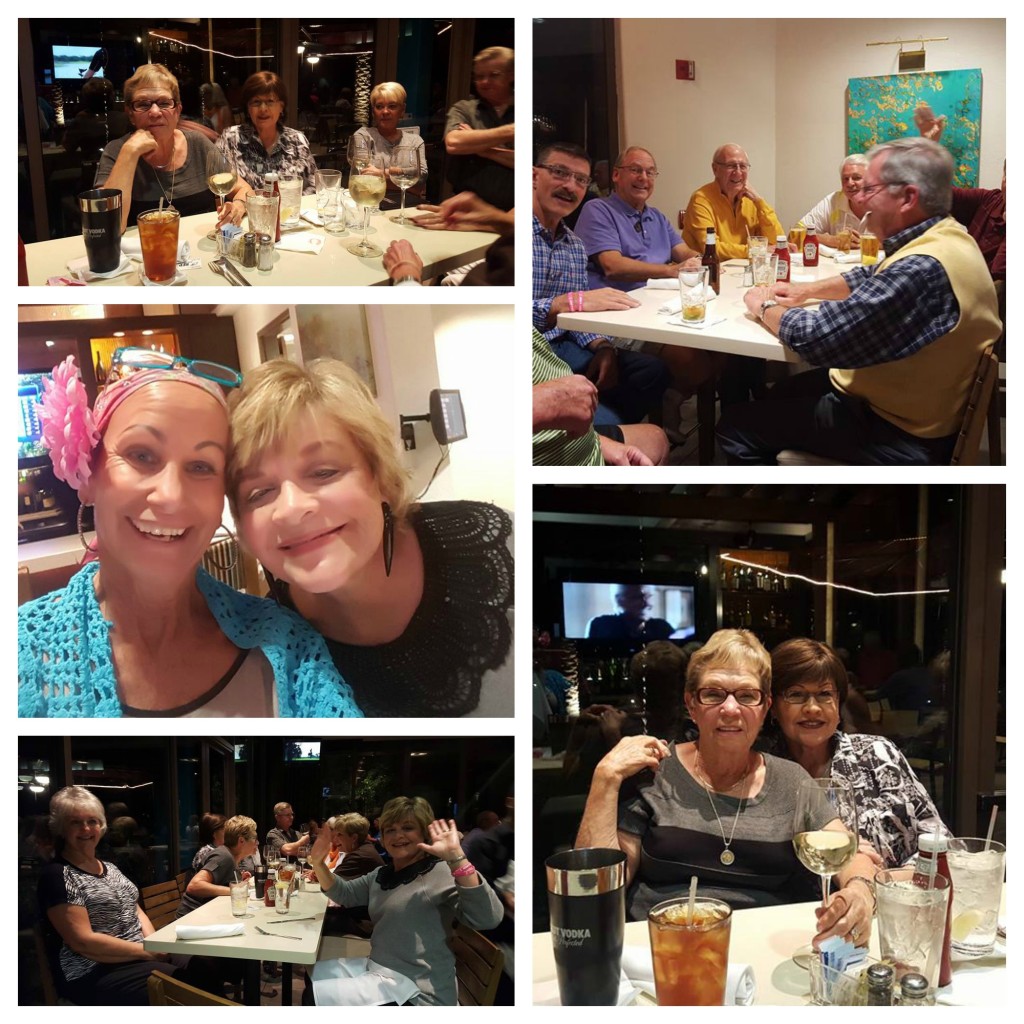 At banner Lakes imaging being presented a check from caring transitions for $2,600 for the Reba’s vision. 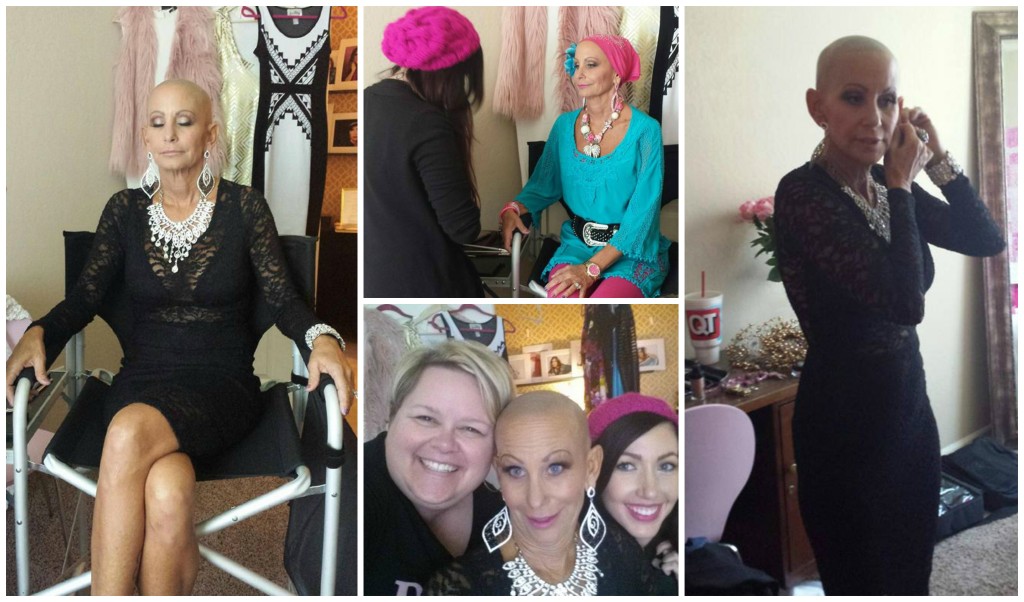 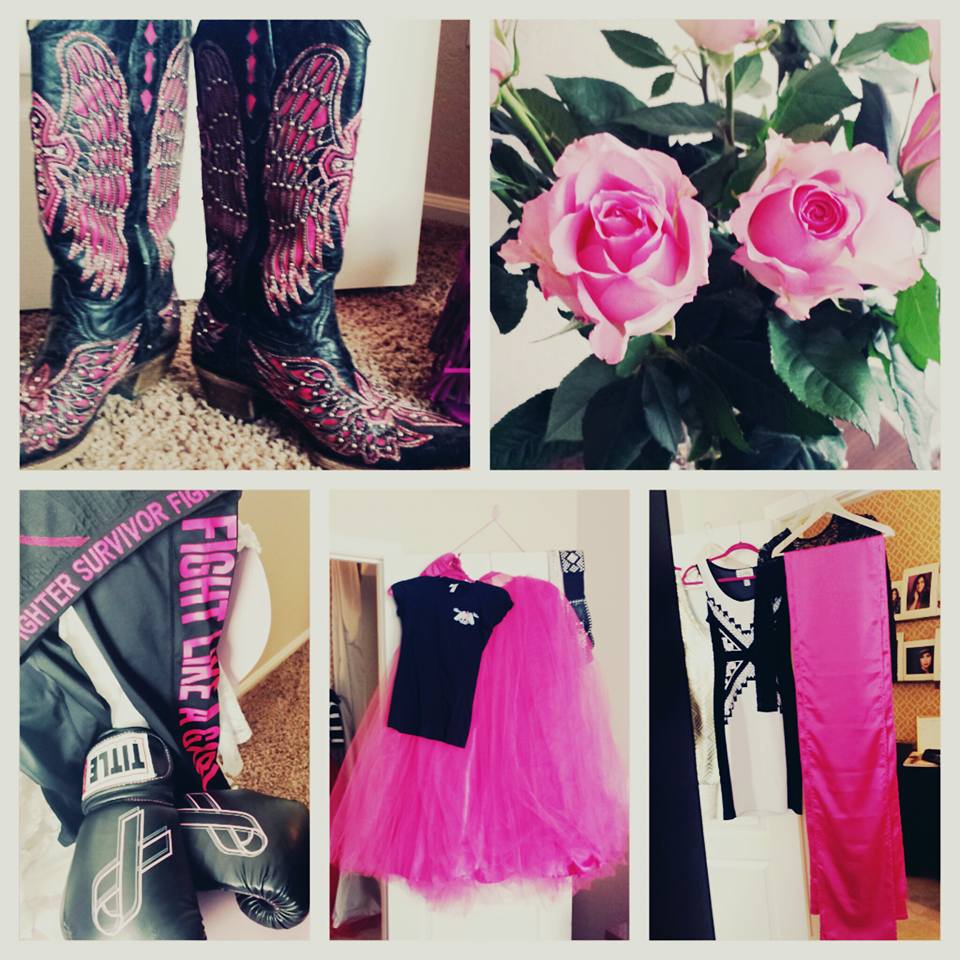